Notice hereby is given that a Consolidated Districts Election will be held in this district on              Tuesday, November 8, 2022.

The names of the offices for which candidates may be nominated are as follows:
Three Full Terms to be Elected will Expire 12/02/2022
(Incumbent) Michael Saunders
(Appointed Incumbents) Donna Seaman and Gerry Stewart
The qualifications of a nominee and of an elective officer of the district are as follows:

Registered Voter within the District
There are measures to be voted on:     No

In the event that are no nominees or an insufficient number of nominees for each elective office and a
petition for an election is not timely filed, an appointment to such elective office shall be made.
(Elections Code Section 10515)

The' Candidates Statement is to be paid for by:    Candidate

NOTE:  FPPC Regulations Section 18530, effective October 10, 1990, provides that districts can pay
for "production and dissemination of candidates statements" not withstanding Government Code
Section 85300 forbidding use of public funds "for the purpose of seeking elective office." 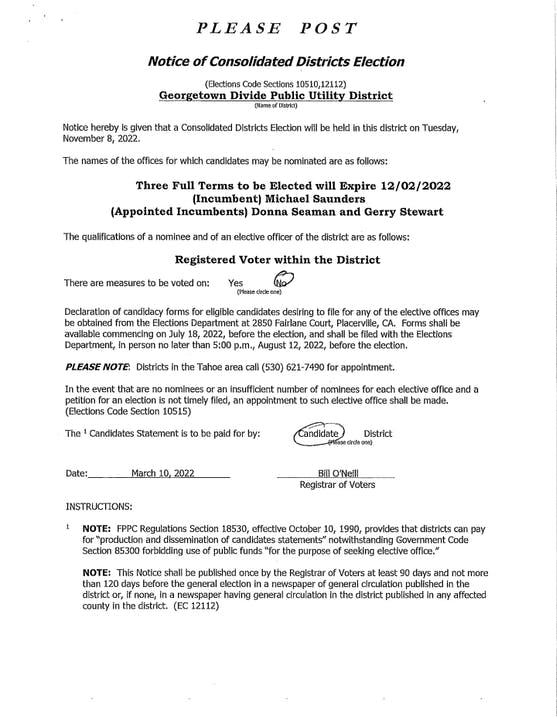